Warning: Declaration of WC_Product_Composite::get_price_suffix() should be compatible with WC_Product::get_price_suffix($price = '', $qty = 1) in /home/customer/www/vipercomputer.com/public_html/wp-content/plugins/woocommerce-composite-products/includes/class-wc-product-composite.php on line 666
 10 Best VR Headsets - Viper Computer Systems 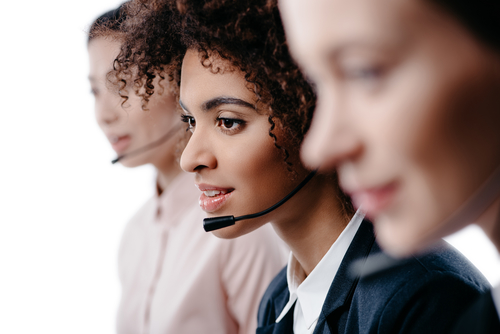 With technology advancing so quickly, it’s hard to keep up with all of the new gadgets and high-tech devices that are coming out. One area that is quickly becoming more accessible these days is virtual reality. With all kinds of VR headsets coming out, it’s never been easier to experience new worlds and environments.

However, because not all sets are the same, it’s imperative that you compare different models to see which one will offer the best results for you. So, with that in mind, we decided that we would handle the details for you and make a list of the top 10 VR sets on the market today.

Although you do need a PlayStation Camera to make this set work, it does have a lot of versatility. Plus, it looks futuristic as can be. Setting up can be a little tricky, but it shouldn’t take too long if you follow the instructions. Also, you can’t turn your head a full 360 degrees, but that doesn’t take away from the experience. Overall, this is a decent headset that can provide a lot of fun and entertainment.

If you want something more high-tech and easy to use, then you will be impressed by the Vive. It comes with all of the components to get started, but you will have to have a high-performance PC to get it to work. Although there are not as many games available as the PS model, it does offer a full 360 degrees of motion, which helps sell the experience.

This is probably the most famous VR set you can find, and it’s one of the better ones for it. It offers a lot of functionality, and there are some great games for the system, but it does have some limited range of motion. Overall, however, it is one of the simplest options you can buy.

If you’re looking for something cheap and effective, then you can pay for this high-tech piece of cardboard. Even though it’s decidedly low-tech, it still provides a decent amount of clarity and definition. You will need the right software on your phone since this is just a glorified holder, but it can still be a great option, particularly given its price point.

This is another phone-based model, but it’s a bit more comfortable and high-tech than the cardboard version. It uses soft fabric to make it work, and it’s easy to use. You’ll just have to wait for new apps as those are limited right now.

For those who have Samsung phones, this is another fantastic option for a simple and effective VR solution. Also, unlike Google’s offerings, there are some really amazing games and apps out there for this hardware, giving you a lot of possibilities.

Unlike Google and Samsung, this is a proprietary system, meaning that you can use almost any smartphone along with it. That does make it a more versatile buy, which can be a better option for some people. Not only that, but it looks and feels pretty great, too.

One of the issues with VR headsets is that they can be disorienting and hard on the eyes. Fortunately, that’s not a problem with this model. It works with most Apple and Samsung phones, although the slot is a little small, so you will want to measure it first. Comfort and quality is the name of the game with this headset.

Most virtual reality units require you to use a separate controller to move around in the environment. Merge, however, let’s you do it from the device itself, which can be convenient if a little awkward at first. Overall, this set does a remarkable job, and it has some really great software. On top of that, it feels really comfortable.

This is a unique headset because it is built for watching movies instead of playing games. That being said, it has some of the best lenses available, and it’s super easy on the eyes, so feel free to watch your favorite flicks without any problems.

If you’re interested in seeing what the world of VR has to offer, contact Viper Systems today to see what kind of options are right for you. The virtual world awaits.