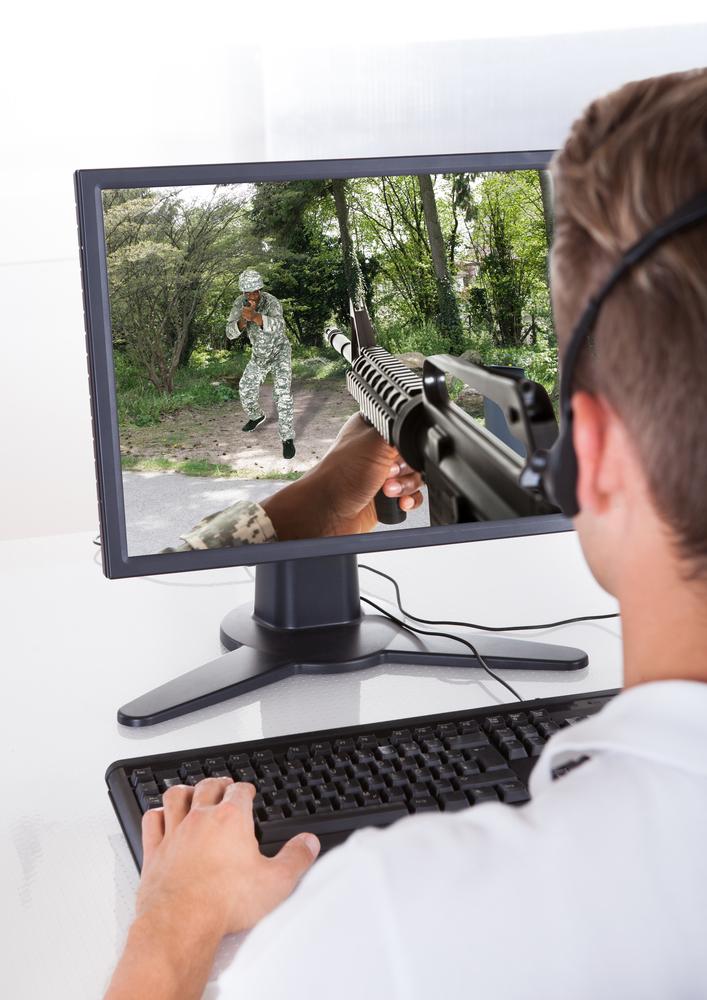 Get the most out of your computer’s graphic offerings by immersing yourself in the world of first person gaming. Take advantage of some superb graphics and game details with a first person shooter game.

Today we’re going to look at the top five first person shooter PC games right now. What’s hot? And what do you need to add to your gaming lineup today?

This new version of Doom is an amazing blend of modern graphics and the original heart of Doom we frankly never thought we’d see again. Revel in the nostalgia or engage in the game with fresh perspective as you fight through the otherworldly hell of the Doom universe.

Counter-Strike: Global Offensive is a modern warfare FPS game that lets you fight some of the toughest war competitors out there. Not only can you battle your own wit and cleverness, but the opportunities to advance in the leaderboard rankings give this game a competitive thrill that’s hard to beat.

Building on the platform of the original Titanfall game we couldn’t get enough of, Titanfall 2 is back and a better Titan game than before. You can choose from a superb multiplayer experience or explore the world alone in single player mode. While you’ll probably have a hard time just choosing which mode to play, you’ll need to get into the game to enjoy the incredible fight options and respawn feature that lets you engage and reengage without losing interest.

Another sequel that more than stands up to its predecessor, PlanetSide 2 is a stunningly unique FPS game that brings its own Guinness World Record for the largest FPS battle in history. This game is an incredibly blend of exploration and graphics that’ll blow your mind. While it’s enjoyable in single player mode, PlanetSide 2 is a game you’ll enjoy even more with friends, so gather your closest bros and settle in for a marathon game sesh.

Get your wits about you and dive into Rainbow Six Siege for a wild ride. This game functions almost exclusively in multiplayer gameplay, but don’t let that deter you from checking out the intense battles and hyper-realistic control options that’ll put you right in the middle of your virtual campaign.

FPS games give you intensive play and real-time results when you play solo or as part of a team. Any of the above games is sure to help you get your game on and enhance your gaming experiences.